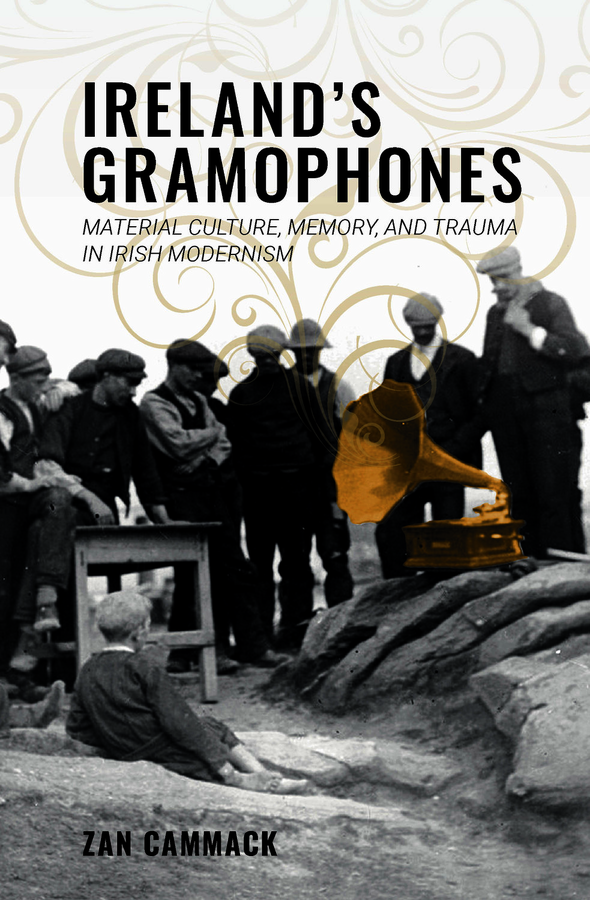 An object’s “thingness” occurs when it behaves in a way that no longer allows us to see through it (metaphorically). For instance, we often don’t notice a gramophone in the literature, film, or TV that we consume since it primarily functions as a kind of set piece. It’s just there in the background signalling a time period or a certain amount of wealth or some such thing.

But once a gramophone misbehaves, we can’t “see through” it anymore.

Ireland's Gramophones: Material Culture, Memory, and Trauma in Irish Modernism (2021) explores the gramophone as an object that refuses to remain in the background in certain Irish modernist texts. Gramophones become complex things that offer symbolic parallels with Ireland's wider traumas and cultural upheaval. We caught up with Zan Cammack (Canada, 2017/18) to find out more about the origins of Ireland's Gramophones and some of her literary inspirations. 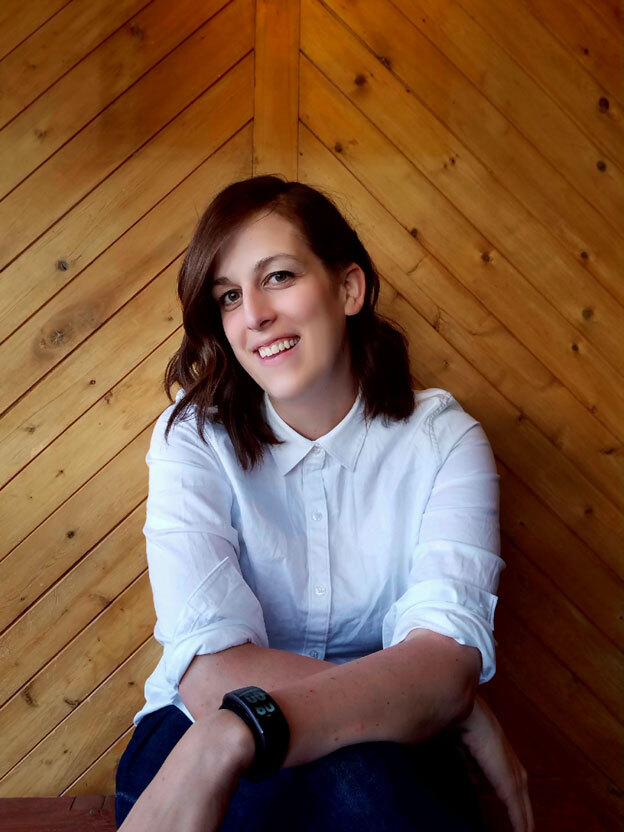 I first started exploring gramophones in Irish literature in grad school while reading Elizabeth Bowen’s novel The Last September where a gramophone crashes to the ground and “dies” and the protagonist has an intense kind of grieving for the object. It is such a bizarre moment that I couldn’t help but fixate on it. After reading the novel again, the gramophone was everywhere, but I just hadn’t noticed it before. And that is kind of what happened with the rest of this project. I couldn’t stop seeing gramophones in Irish literature. Not only is it pervasive, but also highly visible in some of Irish modernism’s most famous works: Dracula, Ulysses, Pygmalion, Juno and the Paycock, and At Swim-Two-Birds, for example. And these weren’t just casual references to the gramophone, either. These were moments similar to the one in Bowen’s novel where characters were having intense interactions with the machine or the machine was acting in unexpected or peculiar ways. And this is where the research really takes off: considering the gramophone not only as an instrument or conduit for music, but really looking at it as an object with quasi-human abilities for action and interactions with individuals and from there, exploring how those interactions became so prevalent and meaningful in an Irish cultural context.

Looking at the gramophone as a “thing” is an essential part of my approach for this book. An object’s “thingness” occurs when it behaves in a way that no longer allows us to see through it (metaphorically). For instance, we often don’t notice a gramophone in the literature, film, or TV that we consume since it primarily functions as a kind of set piece. It’s just there in the background signalling a time period or a certain amount of wealth or some such thing. But once a gramophone misbehaves, we can’t “see through” it anymore. This misbehaviour might be something like crashing to the ground or coming to the end of a record and making loud static noise that is exclusive to the machine. In one of the texts I examine, a gramophone threatens to entirely breakdown because its spring motor is about to snap. Once one of the characters says, “Damn the thing!” about the machine, you can’t go on pretending the gramophone isn’t important to the larger scene.

In Irish culture, gramophonic technology grew up alongside Ireland’s progressively more outspoken and violent struggles for political autonomy and national stability during the late nineteenth and early twentieth century. So, the literature of the period seems to pick up on this symbolic parallel, this object that is straining to be heard, seen, engaged with during a time of dramatic cultural upheaval. And it’s not just the literature that picks up on this tension. There are also accounts in newspapers and journals of the way the gramophone is inherent to Irish cultural growth during this period. For example, I loved learning that during the Easter Rising of 1916, Irish volunteers had commandeered a biscuit factory as one of their posts to hold out against the English forces. They discovered a gramophone in the factory. But in a gorgeous twist of irony, the only record they had to play for an entire week was “God Save the King.”

Jane Austen was something like a gateway author to a lifelong love of literature for me. I discovered her works as an adolescent and couldn’t get enough of them. In fact, I remember trying to finish reading her novel Mansfield Park one summer, but I was supposed to go to a basketball camp that day. I was so enthralled by the book that I instead went to a local park and plopped under a tree and read for the rest of the day. Understandably, my parents and basketball coach were unimpressed by my literary commitment that day, but that passion for exploring history and culture through literature has put me in good standing for the career I (perhaps inevitably) chose. From Austen, my attention shifted to Elizabeth Gaskell and Oscar Wilde and that set me on an unexpected trajectory for Irish studies. My MA thesis in English was about Wilde and his social comedies and my MA thesis in Irish Studies was on depictions of Irish characters within Gaskell’s works.

I am still inspired by these authors on a regular basis and they are actually part of my continuing research projects. I am working on a digital humanities project titled “Seeing Wilde Songs” that explores Wilde’s poetry through the art songs of American composer Charles T. Griffes. The project emphasizes Griffes’s synaesthesia and his ability to “see” tonal patterns and arrange music that mirror the color-based imagery in Wilde’s works.

And I am also co-host, with my colleague Diane Neu, of a Jane Austen podcast that focuses on the “things” or material culture of Austen’s era and works called The Thing about Austen. The podcast will air its inaugural episode later this summer (check out @TheThingAboutAusten on Instagram for launch details).

Zan Cammack is a lecturer in the Department of English and Literature at Utah Valley University. Her research primarily focuses on studies of material culture in 19th and 20th-century literature. She has published on Elizabeth Bowen, G.B. Shaw, Lennox Robinson, Elizabeth Gaskell, and Jane Austen (the latter two publications are manifestations of deep fangirling of said authors). Her current work is situated at the intersection of material culture and gender studies, including work on female performance studies in Samuel Beckett’s plays and flapper fashion in conjunction with British politics.