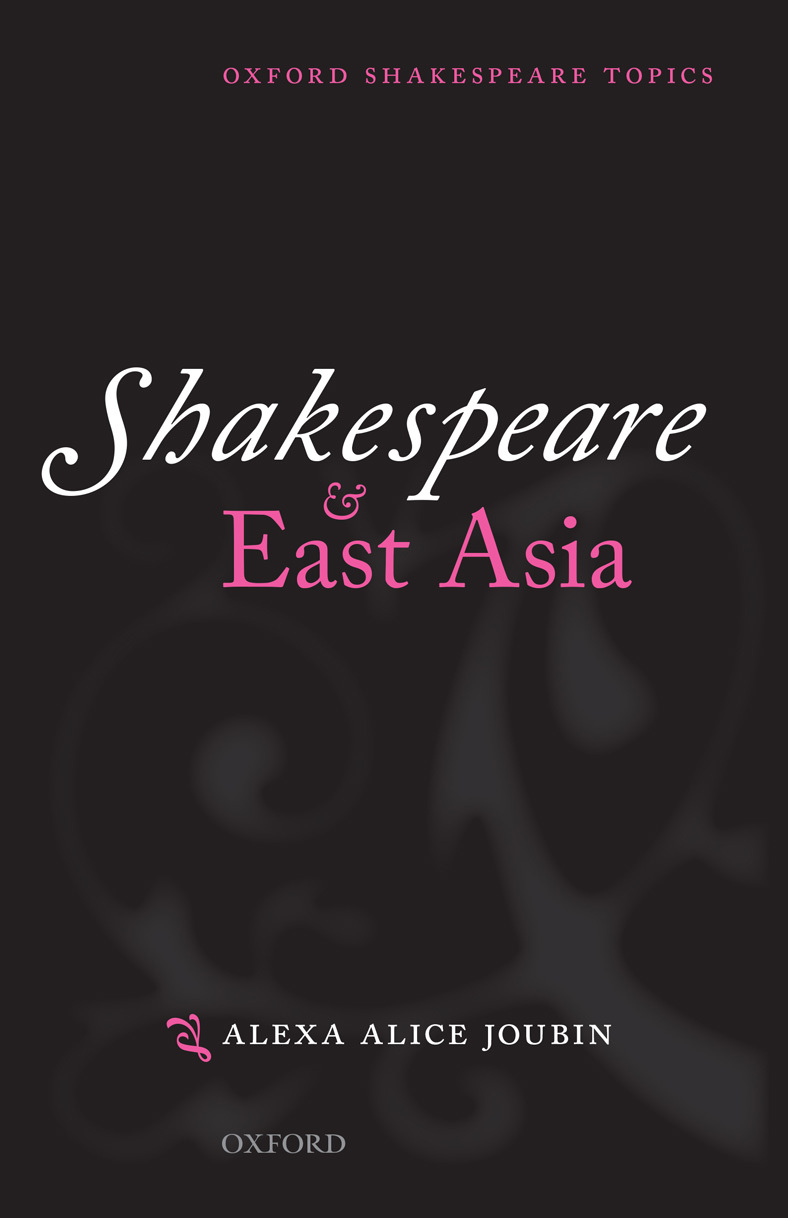 "These adaptations break new ground in sound and spectacle. They serve as a vehicle for social reparation. They provide a forum where artists and audiences can grapple with the contemporary issues of racial and gender equality, and they forge a new path for world cinema and theatre."

'Shakespeare and East Asia' (2021) explores distinctive themes in post-1950s Asian-themed performances and adaptations of Shakespeare. In this 'Snapshot', Alexa Alice Joubin (UK, 2014/15) discusses the book and the importance of wider research into 'Global Shakespeares'. 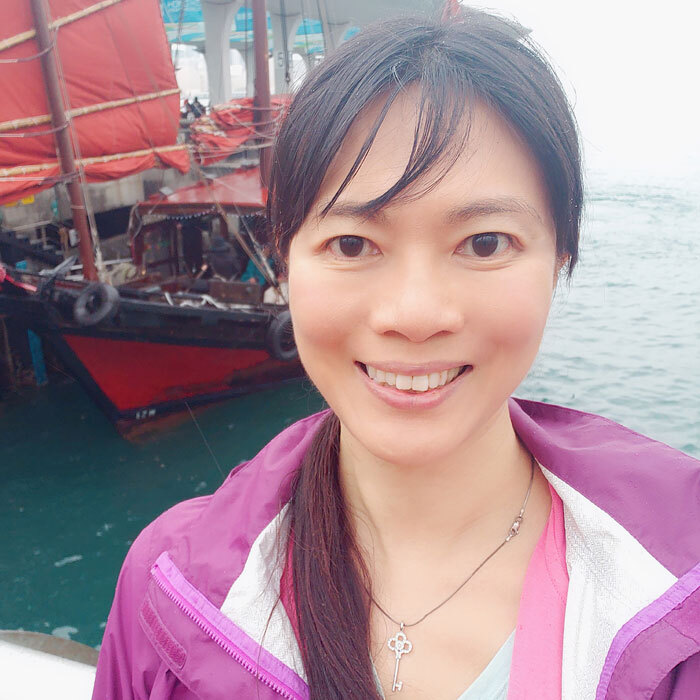 There are five striking themes. Gender roles in the play take on new meanings in translation, and familiar and unfamiliar accents expanded the characters’ racial identities.

Gender: Word choices in East Asian films and productions reveal, or conceal, how much power a character might have over others. In Akira Kurosawa’s 1957 film Throne of Blood, Macbeth and Lady Macbeth address each other with formal and informal gendered pronouns that betray their unease and desire for control.

Race: Race and ethnicity are not only visible but also audible in these adaptations, many of which critique the idea that “sounding white”—speaking standard or Shakespearean English—conveys more authority. These works challenge our listening habits. Audiences are often unaware that they listen attentively and selectively when someone speaks with their preferred accent, and they filter out or mishear what the ethnic Others have to say.

Parody: While the canonical status of Shakespeare’s oeuvre has led to admiration and deference, there have been many witty parodies of the tragedies. Built around the conceit of a college production of Romeo and Juliet, the Singaporean film Chicken Rice War trivializes the feud by reducing the generations-old dispute to the rivalry between the Wong and Chan families, who own competing chicken rice stalls.

Unexpected Deep Connections among Different Cultures: There are deep connections among Asian and Anglophone performance cultures. For example, the narrative structure of Akira Kurosawa’s films has provided inspiration for George Lucas. Kurosawa tends to begin his films in medias res and offers vignettes of epic history. Similarly, George Lucas begins Star Wars: Episode IV - A New Hope (1977) with Princess Leia battling the troops of Darth Vader, plunging audiences into action already unfolding before the start of the film. Lucas and Kurosawa share the same narrative strategy of reaching for the general through specific details.

Chicken Rice War pointedly parodies Luhrmann’s campy film adaptation of Romeo and Juliet. Michael Almereyda appropriates Asian spirituality in his Buddhist-inflected film Hamlet (2000), set in twenty-first-century Manhattan: the Vietnamese monk Thich Nhat Hanh is featured in a spin-off of the “To be or not to be” speech.

These adaptations break new ground in sound and spectacle. They serve as a vehicle for social reparation. They provide a forum where artists and audiences can grapple with the contemporary issues of racial and gender equality, and they forge a new path for world cinema and theatre.

One Husband Too Many: An irreverent Hong Kong take on Shakespeare

Anthony Chan’s 1988 vaudevillian film One Husband Too Many depicts an actor’s near quixotic insistence on performing Romeo and Juliet to ameliorate his conditions. The Hong Kong film exemplifies the irreverent approach to not only the canonical status of Shakespeare but also to the moralizing idea that reading the classics make us better persons.

Such films are rewarding and challenging on many levels. One has to carefully tease out the characters’ nuanced motives to mock Hong Kong, British, and Italian cinematic traditions. The opening scene is set on a makeshift stage in a fishing village center. An actor wearing black-rimmed glasses prances onstage in costumes reminiscent of Danilo Donati’s doublet-and-tights designs for Franco Zeffirelli’s film Romeo and Juliet (1968) to the tune of that film’s “A Time for Us” by Nino Rota, with new Cantonese lyrics. The play-within-a-film is interrupted by the crowd’s disparaging comments. One elderly lady in the audience concludes, for example, that it is taboo to stage a suicide scene.

After Romeo drinks the poison and as Juliet wakes up, she forgets her lines and improvises: “Oh my cold Romeo, would you like me to take off my ugly aristocratic clothes to warm up your bosom?” Upon hearing this, the mostly male crowd, which has grown impatient and stood up, sits down in an instant, telling each other to quiet down in anticipation of a striptease. Their catcalls then distract the actress.

The scene parodies the remedial discourse of bettering the natives’ life by introducing the colonizer’s language and culture. The audience is clearly not passive and is far from reverential of Shakespeare. When physical fighting breaks out, the actors become literally persecuted lovers. Pursued by a torch-bearing mob, the couple has no choice but to flee the scene, carrying with them their idealized form of English theatre filtered through Italian cinema.

Casting himself in the lead role, film director Chan spares no opportunity for self-mockery by drawing attention to the tension between film and theatre as competing modes of representation and by problematizing his character’s insistence on what he imagines to be Shakespeare’s reparative function in his career and personal life. The film thereby problematizes the dominant ideologies regarding the reparative functions of high culture overall.

The value of researching 'Global Shakespeares' 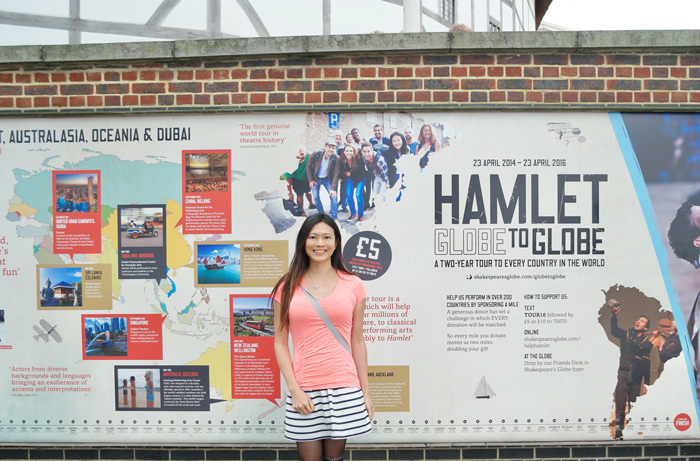 Appreciating the deep connections among cultures helps us transcend what I call compulsory realpolitik—the conviction that the best way to understand non-Western works is by interpreting their engagement with pragmatic politics. Compulsory realpolitik makes people believe that non-Western works are of interest solely because of their testimonial value. It also tends to characterize a non-Western artwork based on stereotypes of its nation of origin. For example, South Korean adaptations are seen as political allegories of the postwar tensions on the Korean Peninsula.

Compulsory realpolitik could imply that works from the Global South or Asia are valuable only for their political messages rather than their aesthetic merits. This assumption leads to research questions driven by polity, for example: “Why are there so many global Shakespearean adaptations in cultures with no love for Great Britain?”

The problem is that many critics are on the lookout for potentially subversive political messages in these works, which are compulsorily characterized as allegories of geopolitical issues.

As a result, works by non-white authors are imagined to fix their intellectual content “by way of a national, ethnic, or cultural location.” Western, white examples are assumed to be more effective in their explanatory power, while African, Asian, and Latin American materials are recruited to serve as the exceptional particular.

The story of world cultures is not and should not always be political. Stories of political oppression must be told, but dichotomized views do not get us very far.

Global Shakespeares give us a category that we can use to develop a site-specific critical vocabulary to address the blind spots created by compulsory realpolitik.

My project, MIT Global Shakespeares, an open-access digital performance video archive, uses cross-cultural adaptations to promote self-reflexivity. This self-reflexivity enhances our awareness of how societies talk about racial and gendered differences. The performances are productive in the sense that they are generative: they engender evolving ideas of a Western canon and Asian modes of expression.

Adaptations are the prodigal child that ultimately expands the riches of human civilizations.

Alexa Alice Joubin writes about cultural globalization, Shakespeare, race, gender, and film and theatre adaptations. She teaches in the English Department at George Washington University in Washington, D.C., where she serves as founding Co-director of the Digital Humanities Institute.

At MIT, she is the founding co-director of Global Shakespeares, an open-access performance video archive.

She held the Fulbright Distinguished Chair in Global Shakespeare Studies at Queen Mary University of London and the University of Warwick in the UK. She currently serves as a Fulbright Ambassador.