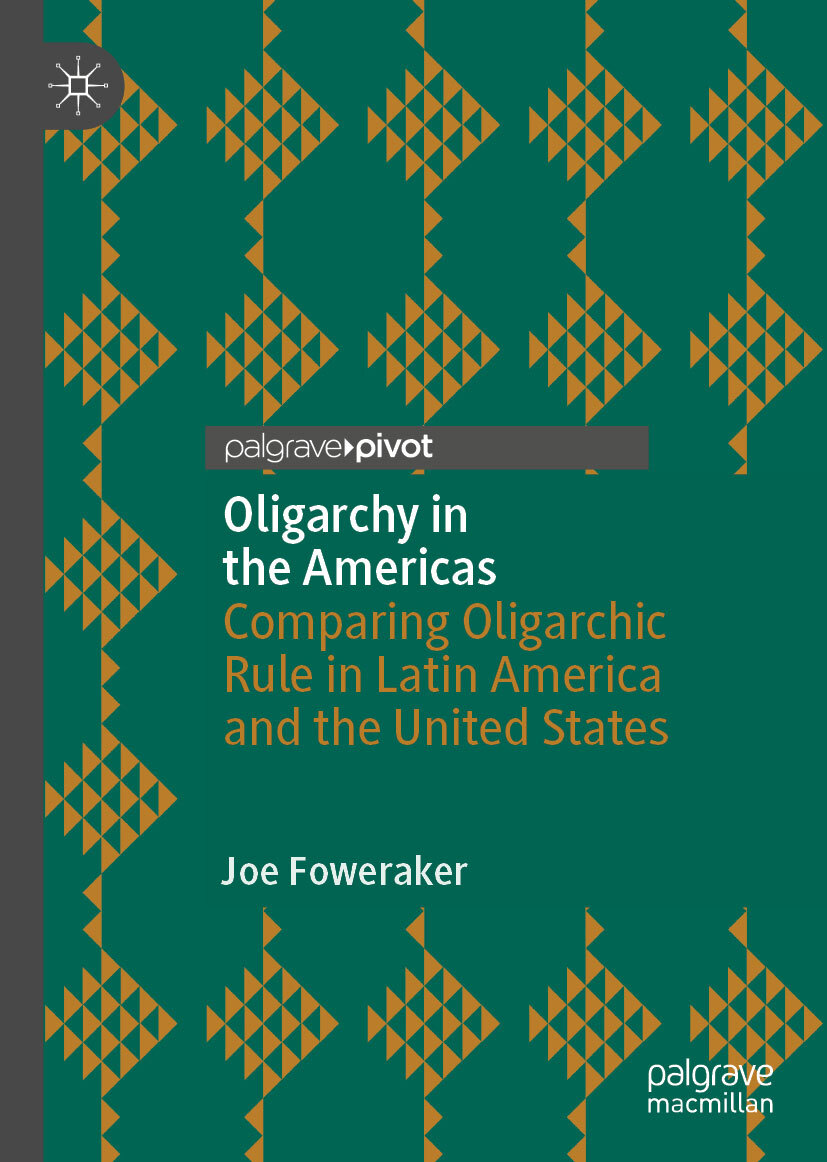 "[Comparing the politics of the Americas] pays big analytical dividends by creating an entirely novel perspective on the politics of the United States, thus achieving a fuller understanding of the historical causes and more proximate reasons for the current trials and tribulations of its democracy"

'Oligarchy in the Americas: Comparing Oligarchic Rule in Latin America and the United States' (2021) explores the continuity of oligarchic rule in the Americas of the modern period, with a focus on the variable compatibility of oligarchic rule and democratic government. We caught up with its author, Joe Foweraker (UK, 1968/69), to find out more about the book and his wider research. 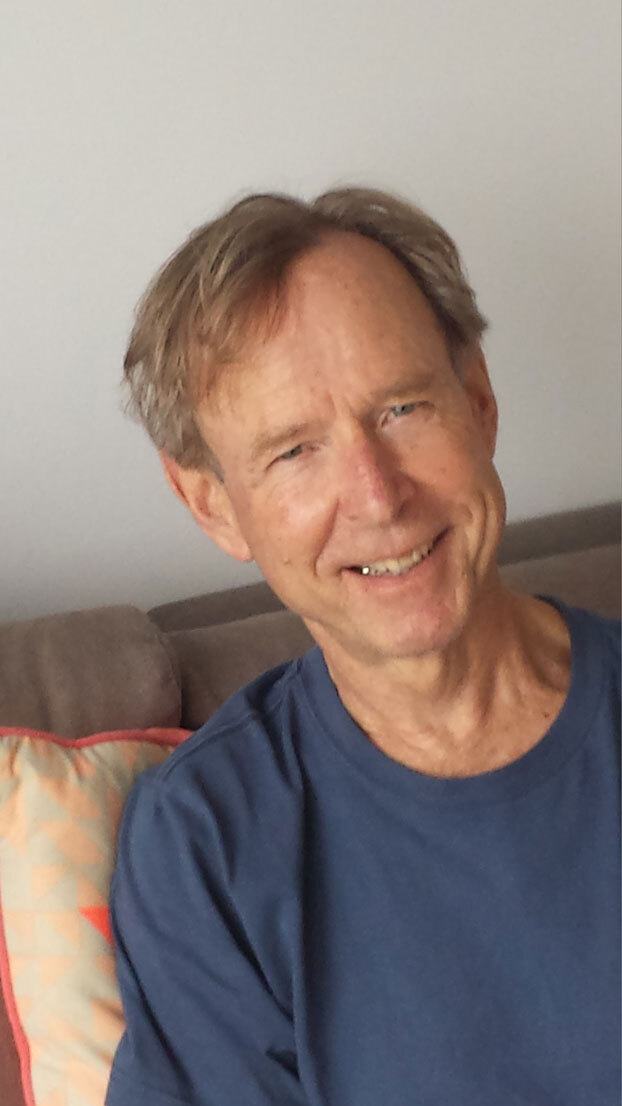 Oddly, there is virtually no comparative politics of the Americas, North and South – in contrast to the plethora of research on the relationships between the two. This presented an opportunity to stake out the conceptual terrain of the comparison by focussing on the continuity of oligarchic rule in the Americas, thereby moving beyond the conventional tropes that define our thinking about our democracies. The commonalities mainly reside in the ways that oligarchic interests routinely invade the public sphere of democratic politics, so ensuring the compatibility of oligarchic rule and democratic government, and in the similar ways that oligarchy adopts successive modes of rule as it adapts to democratic pressures. In this broader perspective US democracy was never exceptional, and recent years have seen a remarkable convergence in the current mode of oligarchic rule, North and South.

In sum, the comparison pays big analytical dividends by creating an entirely novel perspective on the politics of the United States, thus achieving a fuller understanding of the historical causes and more proximate reasons for the current trials and tribulations of its democracy.

For more information: Oligarchy in the Americas: Comparing Oligarchic Rule in Latin America and the United States | Joe Foweraker | Springer

Populist challenges to democratic governments cannot be understood without reference to oligarchic rule. Oligarchy and democracy are opposed in principle – the one exclusionary and the other inclusionary – but in practice they can coexist and combine, though never comfortably. Oligarchic rule tends to restrict democratic choice and vitiate democratic representation, and populism is a challenge not to democracy per se, but to oligarchic constraints on democracy. In this sense populism is an appeal to the founding myth of democratic government, the sovereignty of the people, and its animus is directed against the establishment, the elites, the institutional party system, or whatever serves as a surrogate for oligarchic rule. The rhetorical construction of the ‘people’ on the other hand makes it ambiguous: it is both all the people, but simultaneously we the underdogs, the downtrodden, the ignored, or the left-behind. It is for this reason that populist appeals often have a nostalgic feel to them.

The current challenges are far from being unprecedented. Populist politics are the ‘normal’ politics of Latin America, past and present, precisely because of the admixture of oligarchic rule and democratic government, while the recent experience of populism in the United States has clear precedents in the Progressive movement of the 1910s and 1920s (both coinciding with periods of ‘high oligarchy’ and concentrated corporate power) and in southern political leaders like Huey Long in Louisiana and George Wallace in Alabama. Given the nature of populism it can be right- or left-wing, progressive or reactionary, depending on the context.

For more information see Chapter 6 ‘Populism and Polity’ of my book on Polity: Demystifying Democracy in Latin America and Beyond (Lynne Rienner Publishers 2018).

The importance of ground-level research

Early in my working life I took the decision to look at the political world by exploring the experience of those at the bottom, not those at the top, the so-called ordinary people whose lives are often quite extraordinary; and this left an indelible imprint on everything I then did to study and understand grassroots organizations, popular mobilization, citizenship rights, and – always, everywhere – the theory and practice of democracy. It was a decision that required long periods of ground-level research. This is often referred to as ethnographic research. I call it asking questions and listening carefully to the answers because the answers contain the perceptions, categories, even the concepts that can inform political analysis and the construction of analytical argument. Political theory is important, but it must be tempered by a knowledge of social context, political process, and the self-understanding of political actors. All my writing requires some degree and some form of conceptual construction, but this develops pari passu with the research process. It is not a matter of ‘have theory, will travel.’ On the contrary, the whole point is to find out what you don’t know, to answer the research questions that drive the research, and, more broadly, discover how the world really works. I also believe that there is a cumulative effect of working to transform empirical evidence – detailed, bitty, granular evidence – into analytical argument: the argument gains substance and a degree of ‘legitimacy’ that might otherwise be absent. My book on Polity is an ambitious attempt to change our understanding of democracy as we live it today, and I only found the courage to write it by drawing on almost fifty years of prior research; similarly, I doubt if I could have written my book on Oligarchy in the Americas had I not spent more than ten years living and working in the Americas, North and South.

Let’s focus on the research, beginning with the many years of fieldwork in Brazil, Spain and Mexico, and the monographs published by Cambridge University Press on these three countries in 1981, 1989 and 1993. There followed several publications on social mobilization and citizenship rights in Latin America, including books with Lynne Rienner Publishers (1990), Pluto Press (1995), and Oxford University Press (1997). Subsequently the research agenda switched to comparative research on democracy worldwide, leading to a series of articles on the quality of democratic government, an edited Encyclopedia of Democratic Thought (Routledge 2001), and a co-authored textbook on Governing Latin America (Polity 2003). An edited collection of essays on Democracy and its Discontents in Latin America (Lynne Rienner 2016) revisited the question of democratic quality, while the recent book on Polity: Demystifying Democracy in Latin America and Beyond (Lynne Rienner 2018) seeks to change the way we understand our democracies by delivering a root-and-branch revision of democratic theory.