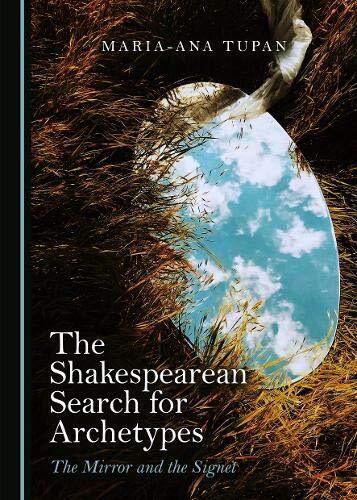 I visited the Library of Congress – the memory of humanity – where I came upon my name in the catalogue. It had travelled there before me. All of a sudden I felt as if I had been given a place in the other hemisphere

The Shakespearean Search for Archetypes: The Mirror and the Signet

The starting point for this long essay was the need to clarify the nature of archetypes, which are often grouped together across categorical distinctions. One speaks, for instance, about mythical, religious, cultural, etc. archetypes in a breath. Here, I am trying to retrieve the original significance of this concept, and its Destruktion, to use Heidegger’s title of a famous lecture delivered in 1920, took me back to the three-layered realizations of the paradeigma (original model) in Plato: noetic (the model created by the Nous), its intellectual perception and embodiment by the Demiurge, and his creation of the sensible world. Whereas the mirror is the symbol of a universal mind/ consciousness, discourse bridges epistemic ideas and sensible contents according to local codes. Ideas (Plotin’s uranic or intellectual forms) are thus inscribed in semiotic systems which vary from culture to culture. Shakespeare will turn to Ouroboros in ancient Egypt, to Sophia in Hellenistic Greece and to the Lamb of the Revelation in Christiandom as localized representations of the same idea of spiritual rebirth out of the snares of matter. There is no universal mirror of ultimate revelations, only mirrors opening a locus in history to a heaven of eidetic forms doubled by a locus of the inscription of a culturally determined copy. In this way, the ghostly paradigms of the mind receive a habitation and a name.

Shakespeare lived at the crossroads of the medieval and the modern world. He witnessed the dissipation of pre-modern full signifiers (religious discourse backed up by faith, social prestige rooted in the material ground of birth, rank, possessions, loyalties justified by a fixed social hierarchy) into the simulacra of market values, mobile types, shifting class hierarchies. He sensed the change and its direction. Depending on the place and time of action, he observed a logic of identity or commuted to a deconstructionist play which divorced things from words. That is why Tillyard’s The Elizabethan World Picture · A Study of the Idea of Order in the Age of Shakespeare (1942) and Jonathan  Goldberg’s deconstructionist reading in Voice Terminal Echo (1986) are appropriate though partial responses to the unspoken questions of the Shakespearean Sphinx. The historical encounter demanded a conflicted paradigm, such as the one Shakespeare used in the creation of his textual world.

All my Fulbright experience appears to me “apparelled in celestial light.” I was among the last Fulbrighters whose documents were signed by Senator J. William Fulbright (1994). The second token of legitimacy was my visit to the Library of Congress – the memory of humanity – where I came upon my name in the catalogue. It had travelled there before me. All of a sudden I felt as if I had been given a place in the other hemisphere.

I owe very much to Penn State University, starting with the affiliation. Professor Michael Naydan, the Dean, arranged my meetings with staff from other departments, and occasions to join their round of conferences as guest speaker. I learned about the latest trend in comparative literature – that of exiting the traditional western canon and extending research to literatures all over the world. Pattee Library was the thesaurus which helped me complete my overview of British Literature which I was teaching at Bucharest University, and also nourished my feel of homeliness with its two huge stands of Romanian books. I got best rooms for teaching and tutorials, and I myself was allowed to attend Prof. Joseph J. Kockelman’s master class on Husserl’s phenomenology, and a Shakespeare seminar (multimedia teaching was something new at the time for a scholar coming from Eastern Europe shortly after the ideological thaw).

The CIES in Washington kept us busy, inviting grantees to a conference in Washington, which, among other enlightening experiences, gave us the opportunity to visit E.A. Poe’s room at the University of Virginia. I probably cast the best student of the graduation year (who was allowed to occupy the room) the most envious look in my life … Another conference, in New York, organized by the Romanian cultural attaché who, in the meantime has been elected to President of the Academy, put me in touch with active members of the American-Romanian exchange programme.

I would also like to mention the splendid Fulbright Conference in Greece in 2004. The Olympic Games had revealed a nation restored to its ancient glory, still capable of reaching perfection. In the general; enthusiastic, atmosphere, the Kapodistrian University of Athens managed to emulate the success of the earlier global event by demanding high standards from the conferees’ presentations. It really was an occasion for bright intellectual display.

I still remember Maria Berza, the Director of the Fulbright Commisssion in 1994, handing over to me the Fulbright file of my grant. It was a gift and a duty of gratitude.

Professor Maria-Ana Tupan is currently appointed to the Doctoral School of Alba Iulia University, Romania. She is also a member of the advisory board of Cambridge Scholars Publishing, of  Rupkatha Journal on Interdisciplinary Studies in Humanities, of the reviewer team of the Indonesian Journal of Social Research, a.o. Awards from the Romanian Writers’ Union and from literary reviews.

A Senior Fulbright Grantee in 1994-5, she is the author of 15 books, book chapters and articles. Her publications include The Shakespearean Search for Archetypes (2020), The Key to Change. Interdisciplinary Essays in Cultural History (2017); The Kantian Legacy of Late Modernity (2016); Relativism-Relativity: An Interdisciplinary Perspective on a Modern Concept (2013); Modernism and Psychology. An Inquiry into the Epistemology of Literary Modernism (2009); and Genre and Postmodernism (2008)

Interesting observations on the US school classroom - Mohan Sharma (India, 2019/20)