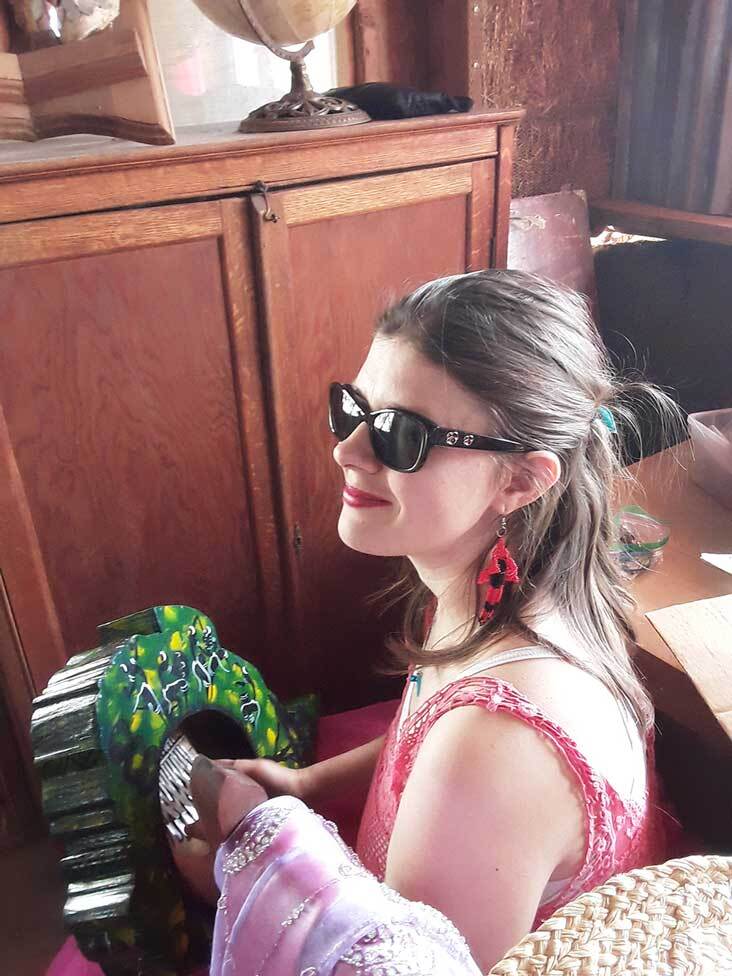 During my Fulbright, alongside teaching at the University of Zimbabwe, I plan to continue to develop Ceremony Theatre, and to immerse myself in the traditional culture, the music, the ceremony culture, and the mythology of the region.

On Zimbabwe and upcoming Fulbright research

I’ve been tremendously inspired by the region of Southern Africa ever since I first landed there as a wide-eyed Watson Fellow, looking for immigrant Polish people – people like me, people who spent their lives moving, exiled, traveling, between languages and cultures, for whom music, stories, and culture were what fed their being. When I landed though, and heard the music of the place, I abandoned my original project, and immersed myself entirely in the history, music, and culture of the place. That’s how I landed in Zimbabwe. I’ve felt for many years now that the answers to some of our most dire questions as humanity are hidden in plain view on the continent of Africa – the question is, can the rest of the world truly shift paradigms and listen to the stories, the wisdom, the culture, and the invitation that is coming from countries like Zimbabwe? And can Zimbabwe also feel so cherished and valued that it feels heard enough to start offering us its truth?

During my Fulbright, alongside teaching at the University of Zimbabwe, I plan to continue to develop Ceremony Theatre, and to immerse myself in the traditional culture, the music, the ceremony culture, the mythology – the places where I believe lies the healing to our crisis of humanity, illness, climate change, and erosion of our hearts. My research project, which will lead to developing performances, an album and a book, is tied to the way that myth is connected to shrines, meaning ecology, and what I call traditional environmentalism. In many places in Africa (not just Zimbabwe), the retelling of a myth is done cyclically, in a particular place, in order to feed the balance of the cosmos – this is what keeps the rains coming, and this is what keeps the community healthy. If we listen with our hearts, we can start to remember these practices in the global over-culture of today.

On collaborations between Poland and Zimbabwe

From the first time I came to Zimbabwe, I felt strongly that Poland and Zimbabwe have a lot in common – both have tragic and traumatic histories, and both value culture – music, language, stories, and humanity. Also, both have a tradition strongly connected with Nature and the Ancestors. In Poland, our most famous poem-play is Adam Mickiewicz’s ‘Dziady’, which is a traditional ceremony in essence the same as a ‘bira’, a traditional ancestor ceremony, in Zimbabwe. In fact, Polish people are Slavic people, in Polish, ‘Słowianie’, meaning people of the word. We ‘understand the power of words’, in the words of Zimbabwean author Yvonne Vera. The understanding that the Ancestors are part of the Earth, and the respect for the language and the land are important in both countries. Creativity, and artistic expression is how we can begin to relearn each other across communities. The coronavirus made worse a problem that was already inherent everywhere – the division of people, the cutting off of people from one another. The arts – performance arts and their connection to ceremony – are a space where we can begin to open up to each other again in earnest. Both Poland and Zimbabwe know that. 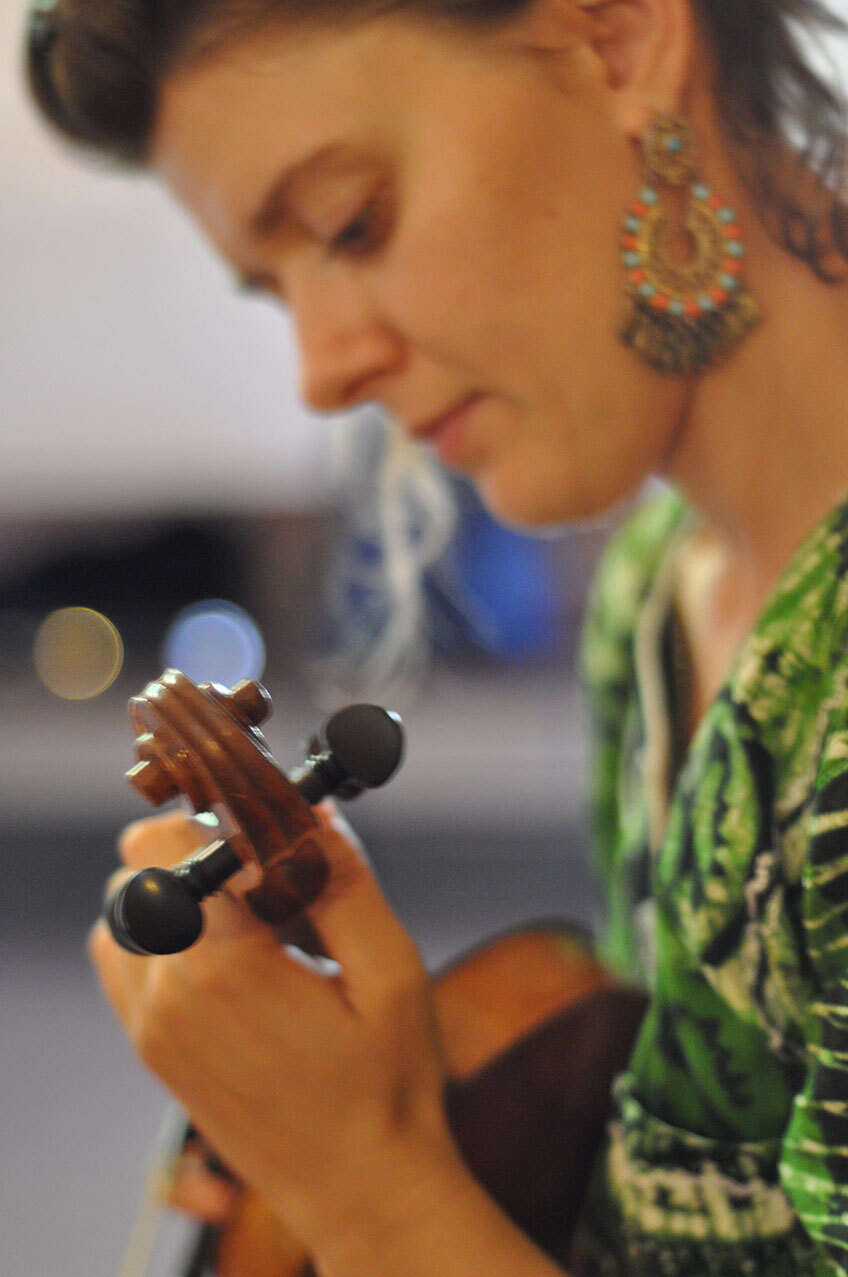 The coronavirus made worse a problem that was already inherent everywhere – the division of people, the cutting off of people from one another. Creativity, and artistic expression is how we can begin to relearn each other across communities.

Many people talk today about a return to roots, but we also need the fungi who connect the roots in order for the roots to communicate and share with one another. We can’t need to start thinking about humanity as a whole, and the spirit of the human being as desperately in need of healing, feeding, and support. What feeds our spirits is beauty and truth – storytelling and music can open the door for that.

I’m very inspired by people who keep beauty and the life of the soul at the center of their work, as well as original and courageous creators – beyond all odds. So I am very inspired by the work of Ben Okri, Ghibli Studio Films, Olga Tokarczuk, and of course the theatrical legacy of Jerzy Grotowski, who I will be teaching at the University of Zimbabwe. Polish poetry has been especially important to me, the work of Stanisław Barańczak and Zbigniew Herbert especially – people who knew how deep every single word goes. Musically, I come from a classical tradition and it doesn’t get better than J.S. Bach and Orlando de Lassus, though I am equally in love with African musicians such as Salif Keita, Thomas Mapfumo, Chiwoniso Maraire, and Zahara.

Klara Wojtkowska, is the Polish and American founder and director of Mhondoro Dreams Theatre and School. She is the author of ‘Wild Medicine: a Journey to Zimbabwe’, lauded by Dr. Gabor Mate, and ‘Będziemy się za was Modlić: z Polski do Zimbabwe ścieżkami Przodków’ (lauded by Dr. Agnieszka Podolecka.) She is the writer and director of the upcoming movie, NZARA.HUNGER, which premiered as a theatre play in Harare, Zimbabwe, and thanks to ProHelvetia Johannesburg, will be released as a movie in December, 2020. She published her first double-album of Polish-Zimbabwean music, BANGIZA 1+2 last year. Klara is a graduate of Rice University Shepherd School of Music, Yale University, a Thomas J. Watson Fellow, and a student of the Polish Radio Theatre and the Wajda School. Klara’s work focuses on the realms of traditional cultures, African Traditional Religion, wisdom, mythology, and healing.

You can support the animated film of Klara's play "Nzara:Hunger", a cultural exploration of Zimbabwe. 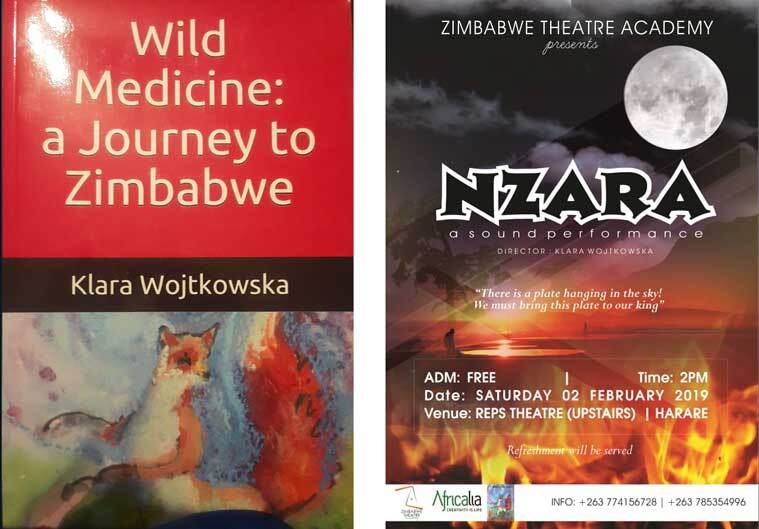