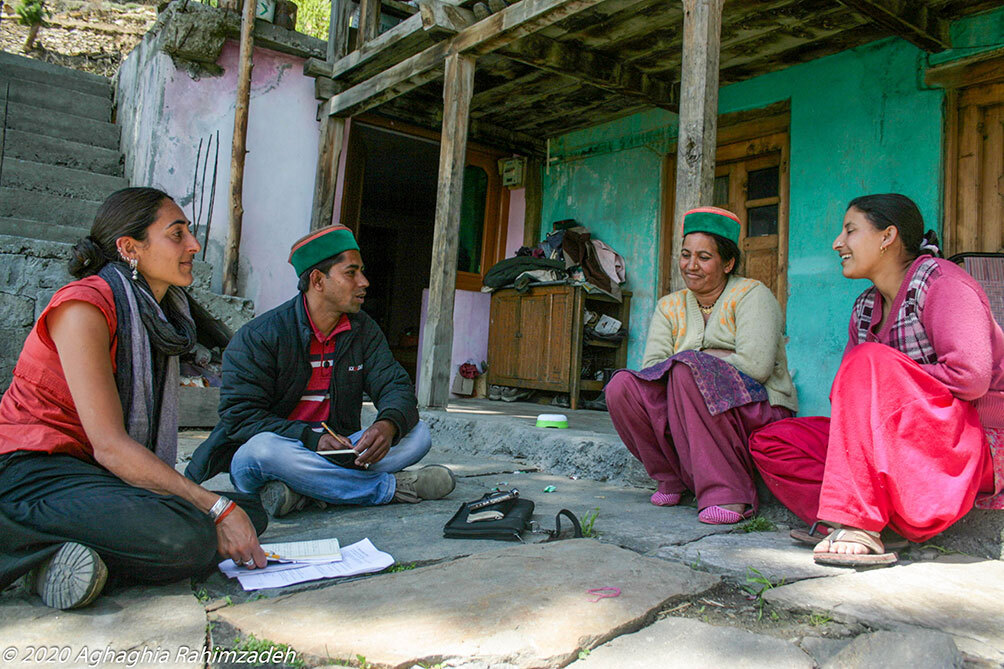 I have always been drawn to rural mountain communities for the sheer beauty and awe of these areas and their inhabitants. Investigating issues of climate change and livelihood transition are especially important in high elevation regions such as Kinnaur because of these areas’ sensitive ecological zones.

On the Kinnaur District in Himachal Pradesh, India

I have always been drawn to rural mountain communities for the sheer beauty and awe of these areas and their inhabitants. When I was locating a research site for my dissertation fieldwork about a decade ago, Kinnaur was distinguishable from other possible areas. During my short reconnaissance visit there, I was able to sense and witness the area going through a rapid socio-economic transition, making it the perfect place to conduct the type of research I was undertaking. Since then, I have developed deep friendships and relationships with the Kinnauri people throughout the region and consider the area dear to my heart.

Investigating issues of climate change and livelihood transition are especially important in high elevation regions because of these areas’ sensitive ecological zones. Just in the last decade, I have witnessed major temperature and precipitation changes that affect different aspect of life for the Kinnauris; for example, water shortages are already becoming a problem in some villages. Documenting these dynamics will hopefully lead to better adaptation strategies and policies that mitigate risks and hazards associated with climate change-induced calamities in mountain regions.

On the chilgoza pine nut

Chilgoza pine nut (Pinus gerardiana) has played a significant socioeconomic role for the Kinnauri Tribal Peoples of Western Himalaya. The decline of this native species is affecting the local culture, landscape, and economy of Kinnaur. The results of my research suggested various factors contributing to the decline of the chilgoza forests. As the commercialization of apple production gains prominence, the traditional collective harvesting and distribution practices of chilgoza are losing importance. Contemporary harvesting practices contribute to long-term damage to the tree and therefore decline in seed production and regeneration. Changes in temperature and precipitation have also been diminishing chilgoza production. Chilgoza decline can potentially reduce the diversification of the broader Kinnauri economy, possibly placing Kinnauris at risk as they become dependent on apples as a single cash crop.

There is an array of work that offers me inspiration, but I will keep it brief here.

First and foremost, I am inspired by nature: beautiful wildflowers, alpine lakes, old growth trees, and hummingbirds surrounding my feeders. I spend much of my time hiking and backpacking in the wilderness (although not in the last three weeks since we have been locked inside due to the unhealthy smoke from fires on the US West Coast). Nature helps me centre myself, find calm, and be grounded so that I can think more clearly.

I also get immense inspiration from Yogacharya B. K. S. Iyengar who founded Iyengar Yoga. Mr. Iyengar made yoga accessible to people of all ages and body types around the world and has received worldwide recognition for his work. His precision, dedication, brilliance, and emphasis on alignment, not just for the body, but body, mind, and emotions, have been an ongoing source of inspiration for me.

Aghaghia Rahimzadeh (PhD, Environmental Science, Policy, and Management, UC Berkeley, 2016) is an independent scholar working in the area of human-environment interactions. Specifically, her research has focused on the social implications of climate change in remote mountain communities in Kinnaur, Western Himalaya. As a Fulbright fellow, her dissertation investigated Kinnaur’s social and environmental transformation associated with development initiatives and the market economy. Her second Fulbright fellowship examined the socio-environmental implications of the decline of Kinnaur’s native chilgoza pine forests. Her recent project explores the intersection of climate change and tourism. Aghaghia has worked with UNDP and UNIFEM in Tajikistan, and with the IUCN in Iran. Her publications have appeared in World Development Perspectives, Land Use Policy, Conservation and Society, Human Ecology, and Newfound. When she is not working, she takes educational tours to the Himalaya, practices Iyengar Yoga, backpacks, and hikes the trails of beloved Mt. Tamalpais.