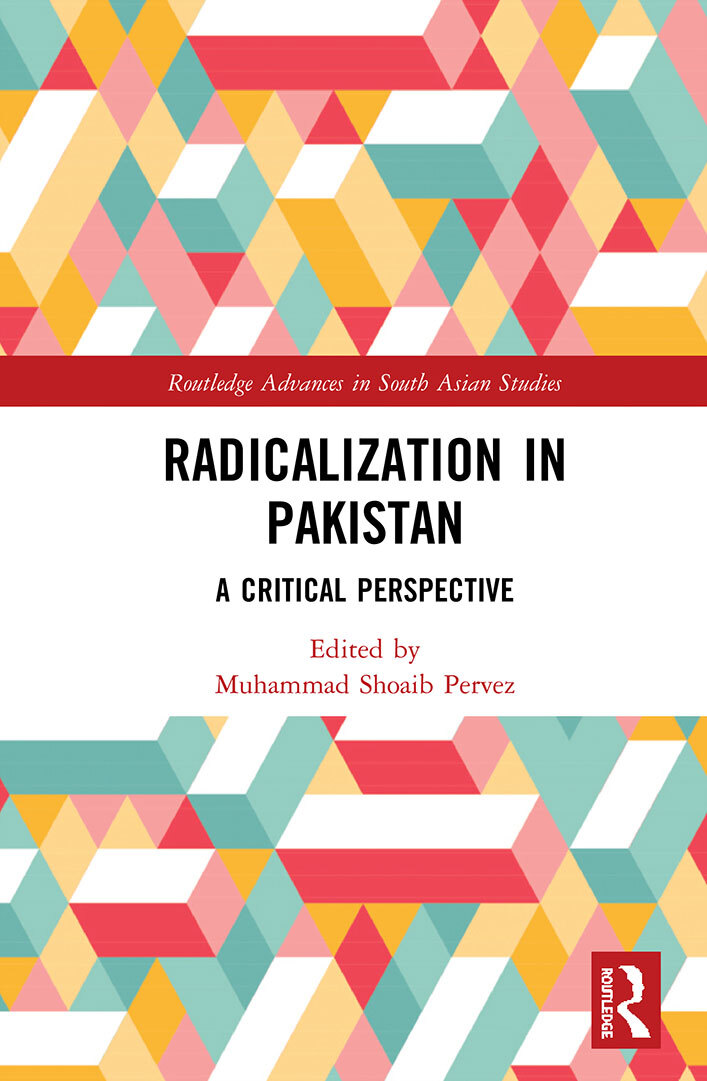 I have made sure that we have a critical analysis not only from political science and international relations, which is my domain, but also from education, religious studies and cultural anthropology

Chapters are centered around three distinct themes: educational norms, religious practices and geo-political aspects of radicalization to examine the prevalent state and global practices which propagate Pakistani radicalization discourse. The book argues that there is both a global agenda which presents Pakistan as the epicentre and sponsor of terrorism and a domestic, or official, agenda that portrays Pakistan as the state which sacrificed and suffered the most in the recent War on Terror to allow the country to gain sympathy as a victim. Delineating both conflicting agendas through a critical analysis of global and state practices in order to understand the myths and narratives of Pakistan constructed by powerful elites, the book enables readers to gain a better understanding of radicalization in Pakistan.

Interview with the author

'Radicalization in Pakistan' brings together researchers from a range of disciplines. What do you see as the importance of bringing these different disciplines to bear on such a vital topic?

The topic of radicalization in Pakistan is very contemporary and, so far, it has only been dealt with in a state narrative. In my opinion, it needs a varied perspective from all social science disciplines. I have made sure that we have a critical analysis not only from political science and international relations, which is my domain, but also from education, religious studies and cultural anthropology. Again, from a critical perspective, I refer to those popular discourses which hitherto remain unexplored and unexplained due to the vested state agenda.

For me, a security community is a harbinger of peace, and the value of a sustainable security community lies in connecting people across volatile borders. It's just like connecting the opposite dots, so if we can work around some common socio-cultural norms found in the opposing communities, and our elites bring them forward in their formal official discourse, I think we have won more than half of the battle of bringing tranquillity in a volatile region of the world. So, my research has centred on finding common acceptable socio-cultural norms of peaceful existence found in rival societies which serves as a precursor to a stable security community.

What was the impact of your Fulbright award, undertaken at the Saltzman Institute of War and Peace Studies at Columbia University?

It was an exceptionally enriching experience and I simply loved my sojourn to Columbia University as a Fulbright Scholar. The post-doctoral fellowship was simply awesome, and it help me a lot to grow as a true researcher.

Muhammad Shoaib Pervez is an Associate Professor and the Chair of the Department of Political Science and International Relations at University of Management and Technology Lahore, Pakistan. His book "Security Community in South Asia", also published by Routledge (2012), was awarded the National Outstanding Research Award for the best book in Social Science 2012 by the Higher Education Commission, Government of Pakistan.

Snapshot: America in the time of Coronavirus