While facing detention, death threats and crossfire, it occurred to me that journalists needed safety protocols rather than stumbling haphazardly into dangerous situations. That became my mission.

My two Fulbrights to Mexico shaped my interest in global conflict and how journalists should respond to them. The first, in 1981, occurred during upheaval in the region, and set me on my path as a foreign correspondent. Over several decades I covered genocide, several civil wars, the end of apartheid and the rise of Vladmir Putin. While facing detention, death threats and crossfire, it occurred to me that journalists needed safety protocols rather than stumbling haphazardly into dangerous situations. That became my mission. When I returned to Mexico on the second Fulbright, in 2013, I worked with reporters across the country on strategies to avoid assassination and cope with threats. It’s heartbreaking to watch the country descend into untrammelled narcoviolence and impunity. 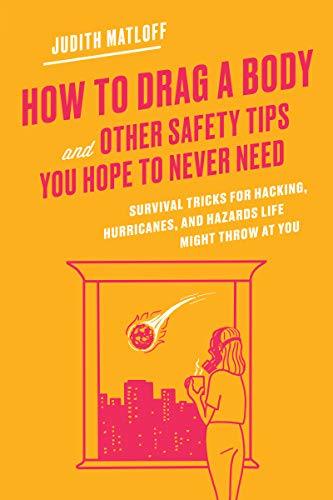 Preparedness helps you manage risks and make calmer decisions in a crisis because you’ve already thought them through. It’s critical to your processing information – information that’s constantly changing in that instant. You don’t have time to reflect in a tornado; you need to act quickly and with certainty.

Many professions routinely plan for emergencies and accidents – the military, medics, and fund managers, to name a few. Law professors teach the worst-case method in class. Doctors get ready for the “just-in-case” scenario when they order tests. Every citizen should, too. Think about how you might prepare for a second wave of Covid-19, or for a natural disaster during this pandemic. Consider how your daughter could avoid rape on campus, or how you would safeguard your financial transactions online. Don’t go to a protest these days without protection against teargas and a plan to maximize social distancing in a crowd. Being proactive = empowerment.

Contrary to public perceptions, imagining the dire consequences of a given crisis – such as a pandemic – and strategizing to mitigate them actually creates a greater sense of control. You’ve thought through what might happen and have come up with a plan, be it plotting an exit route or stocking up on supplies or updating your will.

Trauma psychologists say that the one thing that shores up emotional resilience is social connection and support. Exercise, regular sleep and eating help too. During lockdown in New York City, our household established grounding routines, took care of ourselves physically and checked in with friends and family at the end of the day. Just taking one day at a time and not projecting too far into the future helped stave off anxiety.

Judith Matloff is a seasoned foreign correspondent who teaches crisis reporting at Columbia’s Graduate School of Journalism. She has trailblazed safety training for media organizations around the world, helping hundreds of journalists survive an increasingly dangerous world. Her stories about war and violence have appeared in numerous publications, including the New York Times Magazine, the Los Angeles Times and the Wall Street Journal.
A graduate of Harvard, Matloff published four books: How to Drag a Body and Other Safety Tips You Hope to Never Need; No Friends but the Mountains; Fragments of a Forgotten War; and Home Girl. Her work has won fellowships from the MacArthur Foundation, the Logan Nonfiction program and Stanford’s Hoover Institution.
www.judithmatloff.com | Twitter: @JudithMatloff