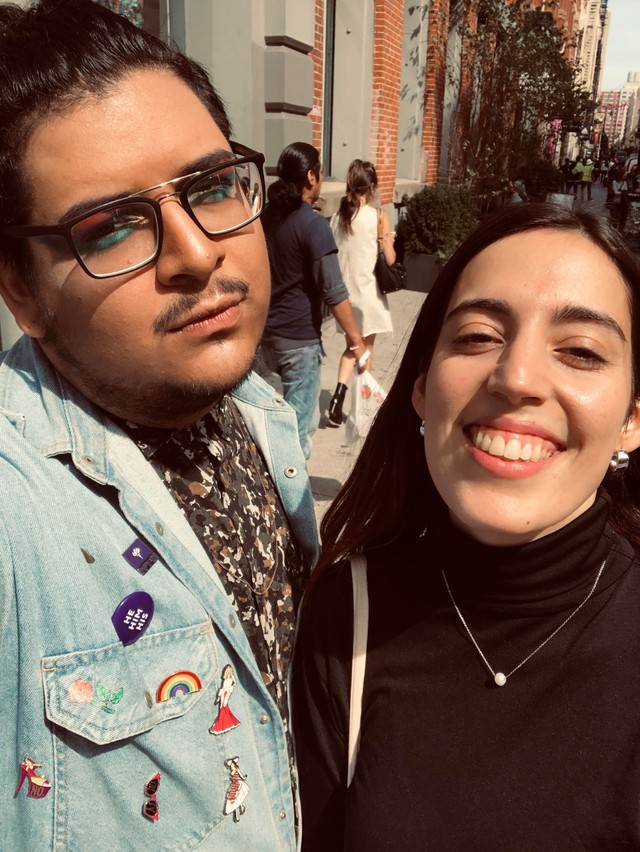 Hello! I arrived in August in New York City to pursue a degree in Mediterranean Studies at NYU. I still have to figure out lots of things, but I can say that I’m really excited to be here. I would say that one of the most exciting parts in the past weeks has been getting involved with the LGBTQ+ community both in my university and in New York City.

In Italy, sometimes it can be not so easy to get involved and to find a channel to use one’s voice. I’m happy to see the commitment that NYU, the city of New York and the Fulbright Commission have for LGBTQ+, inclusion and diversity. One of the most challenging parts is adjusting to a different community. In Italy I wouldn’t say certain things or I wouldn’t behave in certain manners, because it would put me in trouble; here it is the opposite.

I recognize that I might have internalized some Italian prejudices and schemes. ⁠ ⁠ This picture, I was at #climatestrike in New York City with my fellow Fulbrighter @martasousaramos. It was my first time ever going in public with makeup!⁠  Enjoying NYC drag scene!
#fulbrightlatinx #foreignfulbright

To learn more about Foreign Fulbright Program, go to https://foreign.fulbrightonline.org/.