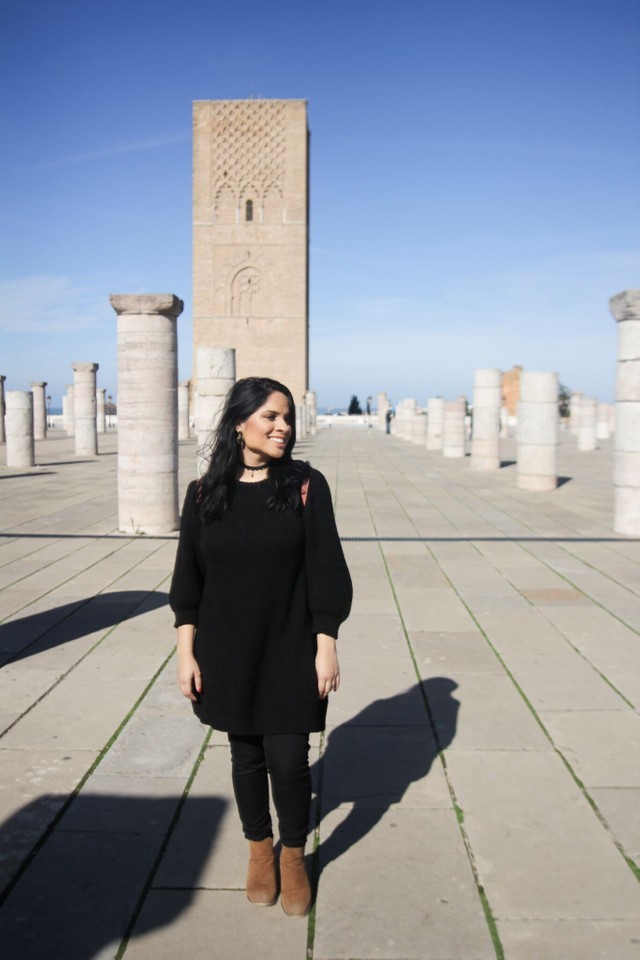 My names is Cynthia and I was a Fulbright student researcher in Morocco (2017-2018). I graduated with a BA in Sociology from Occidental College, where I also studied #French and #Arabic (two of the three official national languages in Morocco). I had studied abroad in Rabat as a junior in undergrad through #SIT (which is basically a pipeline into Fulbright). My program focused on migration in and out of #Morocco. I had studied California immigration as an undergrad, and was interested in expanding my knowledge to other geographic migration phenomena. As the daughter of a immigrant parents, I of course had so many personal stories to migration (something that my time in Morocco has helped me understand more in depth). As an undergrad I conducted summer research (which was then my senior thesis) on transnational mother's from West and Central Africa looking to emigrate to Europe via Morocco. Having grown up in Mexicali, while my mother was a farm worker throughout California, this was a very personal story to me.

As a Fulbrighter, I conducted an ethnography following West/Central African migrant activists and community leaders in Morocco, who advocate for a more humane treatment of Black migrants . I am currently a master's student at #SOAS University of London, and writing my dissertation on this subject. I went back this summer for follow up interviews with some folks. While I was in Tangier (northern Morocco, sharing maritime borders with Spain), I was feeling a bit overwhelmed and I called my mom (who now lives in Tijuana). She re-told me her migration story, how she crossed the border at the age of 13 for the first time, and I explained to her how folks here have to cross the dessert and Mediterranean to get to Europe. We then discussed U.S. politics, border violence, and migrant resistance.

My goal is to be a university professor, and bring awareness on Euro-African borderlands to the U.S., to create coalitions between academics, activists, journalists, and artists among the two places. If you are interested in applying to Fulbright, studying abroad, or doing a grad program in London, don't hesitate to reach out to me :) #fulbright #fulbrightlatinx