Committed to making that effort of looking beyond my own window, I launched the GLOBAL FORUM RADIO in November 2019. It is planned to be an open global platform for interexchange of ideas and cross-fertilization, offered by colleagues from as many corners of the world as possible

My main research focuses on international relations, and specifically the so-called ‘Cultural Cold War’. In my doctoral thesis, I analysed the various ‘public diplomacy’ strategies deployed by the United States to promote “American Studies” in Spain.

Crucial to my later academic development was the postdoctoral Fulbright grant I won. Thanks to that award, I was able to connect with American colleagues, contrast American sources, and consequently underpin my research with a more nuanced and internationalized perspective. In other words, I could go beyond the typical, sometimes short sight, research, which is too rooted in a nationalistic scenario.

I was a Fulbrigther for two years in the Institute for European and Russian Studies at George Washington University. Then, I was a Visiting Scholar at the Weatherhead Center for International Relations at Harvard University, and Fellow at the Real Colegio Complutense, also at Harvard. In that enriching academic milieu, I built upon my previous knowledge of public diplomacy and soft power, and expanded it into other related topics such as the process of ‘Americanization‘ and the foreign influences on the ‘modernization’ of Europe after World War II.  My subsequent investigations have extended to other geographical contexts: Latin America and Italy in the early phase of the cultural Cold War, and China’s efforts. Similarly, I have opened other avenues of work on complementary issues: relations of anti-Franco labour unions with their American counterparts; the way the ‘American Woman Model’ was received on this side of the Atlantic, the details of the Fulbright program in Spain from a gendered perspective; and the contribution of American historians to the historiography of Spain during the twentieth century.

The origins of my podcast, GLOBAL FORUM RADIO, are kind of weird. Sadly enough… 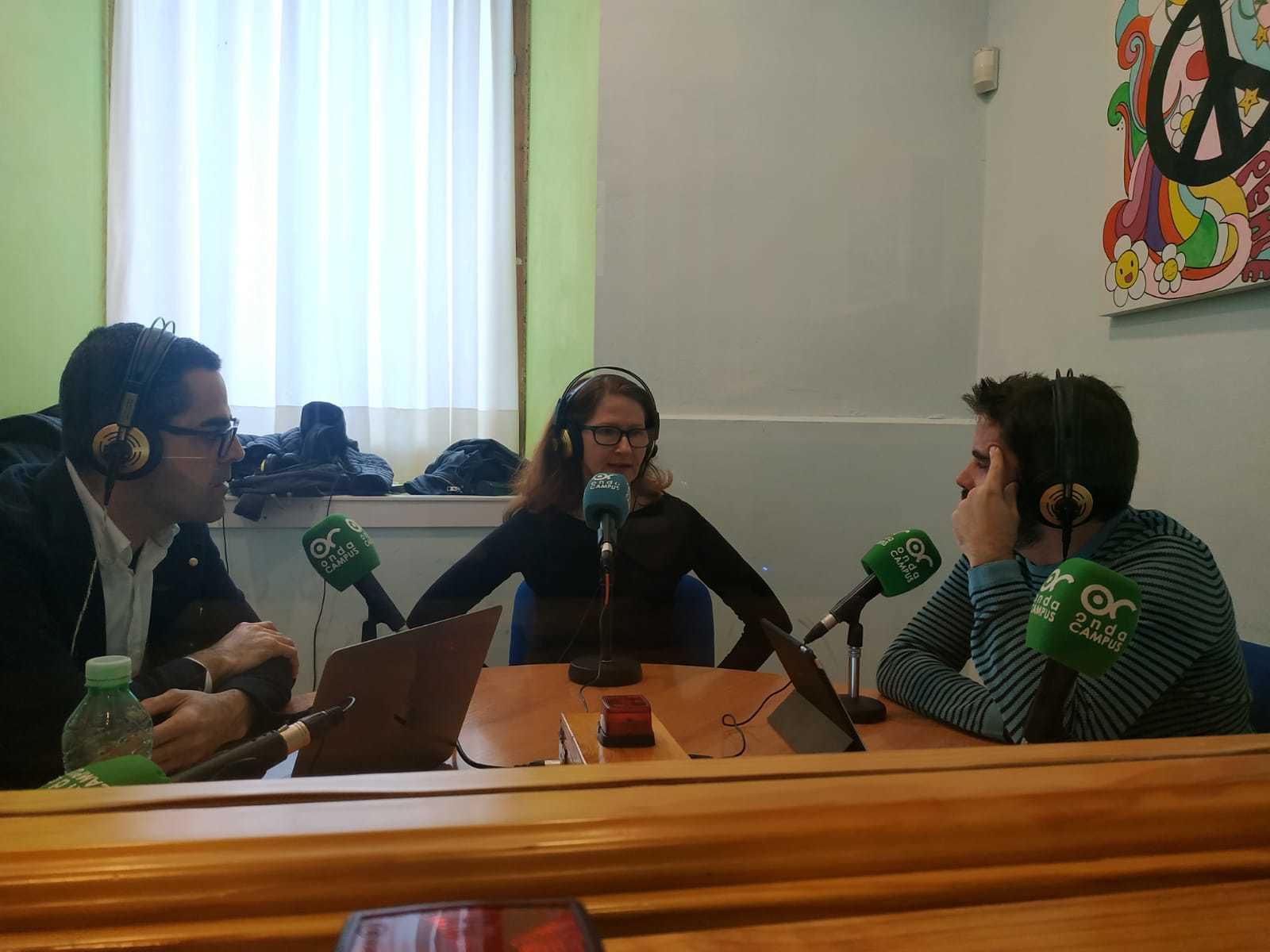 I started teaching International Relations and History in 2007 in Salamanca. Back then, and also in more recent years, I sometimes felt like I was preaching in the desert, while encouraging my students to pay more attention to the global perspective of their respective researches. It is true that we are on many occasions biased by the local surrounding conditions…and sometimes, like the old proverb days, “one single tree does not allow us to see the whole forest”.

Striving to avoid that handicap, and myself committed to making that effort of looking beyond my own window, I launched the GLOBAL FORUM RADIO in November 2019. It is planned to be an open global platform for interexchange of ideas and cross-fertilization, offered by colleagues from as many corners of the world as possible. The majority of the conversations so far have pivoted around Politics, but the podcast is equally concerned with Global Education and Sustainability. In any case, we are open to consider proposals for discussions about other issues, as long as they have some global connection.

On COVID-19 and global perspectives

Regrettably, the current COVID-19 crisis is proving right those admonitions which foresee the need for strengthening international collaboration mainly in the realms of health and research, but also the economy.

So far, and unfortunately, leaders are dealing with the crisis from a mainly national perspective. The eroding effect the virus is having on societies does not stop on any border. While the attack on human health will be, fingers crossed, temporary, the political and economic turmoil it has unleashed could last generations. No country can, in a purely national effort, overcome the virus. Thus, the need for a GLOBAL FORUM RADIO where we can listen to each other seems clear.

Francisco Rodríguez Jiménez is a professor at the University of Extremadura and University of Salamanca. Formerly, he was a postdoctoral researcher at Weatherhead Centre for International Affairs, Harvard and a Fulbright Scholar at GWU. Additionally, he has been Visiting Scholar at American University, Wake Forest University and the Universitá di Bergamo. He is currently working on the book projects: U.S. Public Diplomacy Strategies in Latin America during the Cold War and Modernization Made in USA? Among other publications, Rodríguez-Jiménez has co-edited the following books in the last years: U.S. Public Diplomacy and Democratization in Spain. Selling Democracy?; El Portugal salazarista frente a la democracia; Estrategias de Diplomacia Cultural en un Mundo Interpolar; Mujeres universitarias en España y América Latina. Rodríguez-Jiménez serves (or has acted) as an international reviewer for the European Commission’s Research Agency (Horizon 2020 and Marie Curie Actions); Fulbright Screening Committees (in Madrid and in Washington), and Dublin Trinity College. He has also taught Graduate or Masters courses for other universities: Ohio Wesleyan; Colby College; UNED-Madrid; George Washington University, and Carlos III.