New Mexico is a unique place: not the most well-known state in the US, certainly not central in many ways, but by each day you spend there you can increasingly realize, feel and understand the layers of time

In the last few decades, public discourse has become mostly celebratory of mixed race in North America. However, in reality, individuals often face stigmatization and ignorance, especially in questions like “what are you?”. Mixed heritage authors utilize their multiple ethnic knowledge archives, experiences and sensibilities, and provide some hints and examples (both positive and negative) of how individuals attempt to cope with the cognitive anxiety, stigmas and perceptions about mixed ethnic heritage, how family dynamics and social environment responds and interacts with such individuals, and how they re-negotiate their ethnic identity. There is a remarkable difference between 1980-90s’ sense of binary identity as opposed to 2000-2010s’ sense of a more homogeneous and less troubled notion of ethnic identity, that we can also observe in the paintings, especially self-portraits of the same periods.

What Southwestern US prose writers, similar to visual artists, provide is an opportunity to turn a presumably stigmatized identity into a self-conscious holder of valuable assets, a unique set of cultural attitudes, memories and knowledge. My focus is what Paula Gunn Allen calls “conflicting blood,” the blend of Colonizers and the Colonized in the family line, individuals born to parents of Indigenous and Euro-American parents and grandparents. I believe that the problem of mixed ethno-cultural heritage is one of the broadest and most significant features of the US and Canadian population nowadays. Thus millions face similar challenges and enjoy reading about some sort of resolution that we can find in the literature of Silko, Harjo, Owens and King. Their fictional characters explore their heritage, leaving the individual comfort zone, taking the challenge of internal border crossing and open, undefined notions of identity and then activate, select and adjust into a personal narrative and a fluid sense of identity (“hybrid potential”). Following the process of ethnic positioning and often re-Indigenization resulting in re-negotiated identities, they all seem to arrive at a more complex and engaging concept of themselves.

The Southwest as a region is heavily ridden by Eurocentric and Colonial concepts of identity and at the same time heavily treasured by the tremendous Frontier experiences of physical mobility along with the entailed mental and spiritual journeys and transformations. New Mexico is a unique place: not the most well-known state in the US, certainly not central in many ways, but by each day you spend there you can increasingly realize, feel and understand the layers of time (including pre-historic, Colonial, the 1960s, post-Colonial and hi-tech futuristic) on a simple day’s ride from the Petroglyphs to VLAs or from Taos to Trinity Site. One can constantly feel the often tragic clash and exciting blend of the Pueblo, Mexican, Spanish, Native American and European culture, enjoy it for culinary and visual arts, and for encountering people on Road 66 or on campus. The wide spectrum of natural beauties varies from White Sands to skiable mountains, from the corrales and Rio Grande to the Taos Gorge. I love the way architecture is adobe style everywhere, no matter if it is a fancy urban home or a poor street, or if it is a hundred years old or a brand new campus building or hotel. And the human factor is the best: most people I met are rather casual, extremely helpful, highly professional and with a good sense of humor. Showing off and meeting social expectations are not so pressing as elsewhere in the US, one’s mental well-being, balance and community-orientedness are more characteristic. In that sense I could compare it to my experiences in Canada.

I am especially inspired by two things in New Mexico: one is the tricky way this land gradually opens to the visitor (e.g. D.H. Lawrence, Georgia O’Keefe observed it, too) and makes one interested in exploring as much as possible, and returning. The other is that I seem to be able to give a new and helpful approach to locals on their own culture and society, through informal talks, my books and presentations. Their curiosity towards what I can share with them inspires me to keep working with local visual artists, writing more, and developing more higher education exchange projects.

A life-time dedication ties me to the development of transatlantic relations and intercultural value exchange, partly due to my studies and professional path, and partly to the extensive network of great friends, colleagues and supporters on both sides of the Atlantic. And it seems, now a life-time attachment ties me to New Mexico.

I have been working on expanding and sharing my Fulbright exchange experiences with a great number of people and helped them in their own projects. Fulbright is one of the best things that happened to me ever, especially career-wise.

Judit Kádár is the Director of International Relations coordinating a complex internationalizaion process at the Sports University of Budapest. She has taught American and Canadian culture studies for three decades, including terms in the US, too. Among numerous items, she published Critical Perspectives on English-Canadian Literature (1996) and Going Indian: Cultural Appropriation in Recent North American Literature (2012), contributed to The Routledge Companion to Native American Literature (2016) and currently is writing a book on mixed heritage Southwestern literature. She is a language examiner, interpreter and active Fulbright alumna. She is deeply attached to New Mexico and to Canada, and her life-time mission is to foster intercultural exchange. 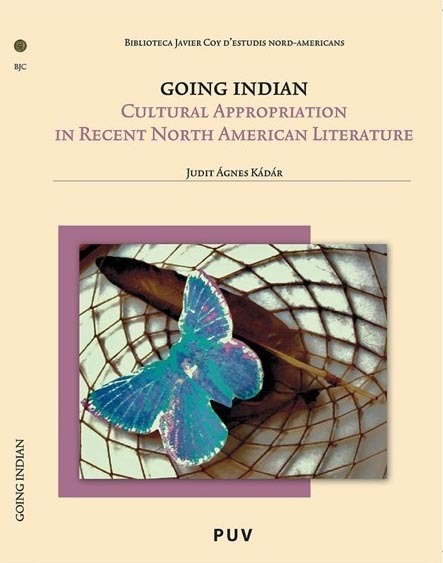 Project (research/book): Mixed Heritage Identity Construction in Literature and Visual Arts
She studies the paradigm shift between earlier (1970s-1980s) period blended heritage artists' way of constructing self-portraits and visually presenting themselves mostly in fragmented, divided and bricolage type of images ("conflicting bloods"), with more recent art by mixed heritage artists and writers which reflect a more homogeneous, less conflicted identity. There is a shift from overtly ethnic specific foci towards the more universal, at the same time keeping Native American and other cultural contexts relevant and signified, just like the communal we over the individualistic I. She also explores the sociopsychological aspect of identity negotiation and the need and obstacles of re-Indigenization for mixed blood/blended heritage individuals.