Fulbrighters for Women’s Rights is a new group that promotes discussion and reflections on the wide range of subjects that affect women’s rights. The group is interdisciplinary, international and intersectional and aims to use their Fulbright experiences to advocate for women’s rights. 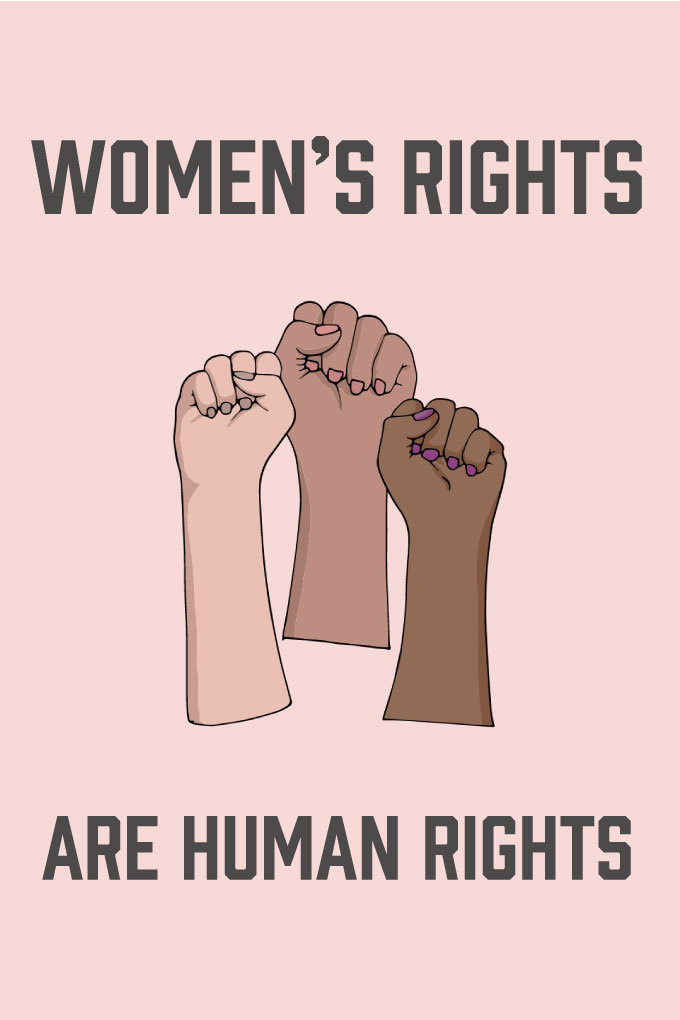 After exciting and lively discussions among six Fulbrighter women from six different countries, it became obvious to us that it made sense to unite and use our Fulbrighter status as a force to advocate for women's rights around the world

Commenting on the launch, the group said: “After exciting and lively discussions among six Fulbrighter women from six different countries, it became obvious to us that it made sense to unite and use our Fulbrighter status as a force to advocate for women's rights around the world.”

Get involved with their work by joining the Fulbrighters for Women’s Rights group, or joining the Women's March in Washington on 18 January.

Lucie Guilbaud is an Obstetrician & Gynecologist and a Researcher in Paris, France. Specialized in Fetal Medicine, her experimental research work aims to improve the fetal surgery of myelomeningocele, a congenital birth defect of the spinal cord. Lucie Guilbaud has obtained the support of the Fulbright Commission to continue her experimental research work at the Children’s Hospital of Philadelphia, USA, during one year in 2019-20. She has always been a feminist and the advocacy of Women's rights is a daily preoccupation for her.

Jorgelina Di Iorio is an Assistant Professor at the Faculty of Psychology, University of Buenos Aires and researcher at the National Scientific and Technical Research Council in Argentina. Dr Di Iorio's research program advances understanding of the relationships between inequality and health/mental health, focusing on homeless people and persons who use drugs. She is a qualitative action-researcher. She is coordinator of harm reduction programs and other preventions programs about drug use with vulnerable communities at Intercambios Asociacion Civil (Argentina). She is a feminist and human right activist in a nongovernmental organization in Buenos Aires, Argentina. She is a current Fulbright Scholar Visitor 2019-2020 in New York University Langone, Department of Population Heaths, New York, USA.

Carmen Logie is an Associate Professor at the Factor-Inwentash Faculty of Social Work, University of Toronto and the Canada Research Chair in Global Health Equity and Social Justice with Marginalized Populations. Dr. Logie’s research program advances understanding of, and develops interventions to address, stigma and other social ecological factors associated with HIV and STI prevention and care. She is particularly interested in understanding and addressing intersectional stigma and its sexual and reproductive health impacts, with a focus on HIV and STI. Her current research focuses on HIV/STI prevention, testing and care cascades in Canada, Uganda, Brazil and Jamaica with people living with HIV, refugee and other displaced youth, LGBT communities, Indigenous youth, and persons at the intersection of these identities. She was the 2019-20 Fulbright Canada Research Chair in Public Health at Johns Hopkins University.

Valentina Schiattarella is a postdoctoral researcher at the University of Naples, “L’Orientale” and a Fulbright visiting scholar at the University of Colorado, Boulder (2019-2010). Her main research interests include several aspects of Berber (Afro-asiatic) linguistics, especially concerning syntax and pragmatics. She is particularly interested in the documentation of under-described Berber languages spoken in the eastern part of North Africa and her research specifically focuses on Siwi Berber, a variety spoken in the oasis of Siwa (Egypt). She earned her PhD at the École Pratique des Hautes Études in Paris in 2015, with a dissertation on Siwi Berber. She has conducted fieldwork in Siwa (Egypt), where she has collected a large corpus of texts, which are contributing to the documentation of the language. Some folktales and narrations were published in her book Berber texts from Siwa. Including a grammatical sketch, Köppe, Köln, 2017.

Susan Schenk was educated in Montreal, Canada where she earned the PhD in Experimental Psychology from Concordia University in 1983. She then did an NSERC funded post-doc (1983-1985) with Peter Milner, at McGill University. After a short stint as a visiting lecturer at Concordia University, she moved to Texas A&M University as an Assistant Professor. She rose through the ranks, and was promoted to Professor. She then accepted a position as Research Professor at Victoria University of Wellington in New Zealand in 2001. Susan was the Head of Psychology (2003-2006) and the Associate Dean of Research for the Faculty of Science (2012-2015). She is an elected Fellow of the Royal Society of New Zealand (2011), was a James Cook Fellow (2011-2013) and is currently a Fulbright fellow (2019-2020). Her research is in the area of the behavioral pharmacology of drug abuse. She has published more than 100 papers, an edited book and several book chapters that are well-cited (5700 citations). She is on the organizing committee of learned societies and on the Editorial board of several journals.

Valentyna Ushchyna is a Professor of the English Philology at Lesya Ukrainka Eastern-European National University of Lutsk, Ukraine. Her area of specialization is linguistics and English as a Foreign language and her academic interests concern relations between language, gender, risk, and discourse. As a Fulbright grantee she currently works on a research project “Intersubjective Dynamics of Stancetaking on Risk: From Individual Cognition to Social Order” in cooperation with professor Scott Kiesling (Linguistics Department, Dietrich School of Arts, University of Pittsburgh, USA)